What Will My Wrist Look Like After Carpal Tunnel Surgery?

Carpal Tunnel Syndrome (CTS) is a common condition affecting more than 12 million people nationwide and will affect 10% of the population at some point in their lifetime. CTS results in numbness, tingling, pain, and weakness in the fingers or hand.

Often these symptoms are worse with repetitive activities or while sleeping. CTS is caused by damage to the median nerve, one of the major nerves in the arm, as it travels through the carpal tunnel. This nerve is usually compressed by the flexor tendons or transverse carpal ligament in this portion of the wrist.

Roughly half of the people currently diagnosed with CTS have been recommended surgery to decompress the median nerve by cutting the transverse carpal ligament.

This is because untreated CTS can lead to permanent deficits in strength while releasing the ligament can stop the compression and allow the nerve to heal. In fact, a recent review of high-level evidence suggests that there is more evidence for carpal tunnel surgery than any other orthopedic surgery.

By that math, more than 6 million people in the United States have been recommended to have carpal tunnel surgery. With these numbers, It’s no wonder why a lot of patients are left curious as to what their wrist will look like after the surgery.

So, what does a typical wrist look like after a carpal tunnel release surgery?

It depends on the type of approach to the surgery.

There are 2 approaches to accomplish a carpal tunnel release that we will cover here. The first and most common is the “mini-open” approach.

In traditional “mini-open” Carpal tunnel release surgery, an incision is made on the palm of your hand, and the tissue is dissected until the transverse carpal tunnel ligament is visualized and cut.

Afterward, the subcutaneous tissues and skin are sewn back together. Once the procedure is over, the wrist is usually immobilized for several months while the area recovers, typically for 8 to 12 weeks.

Alternatively, another approach to carpal tunnel release is done using ultrasound guidance that can be performed in an office setting without general anesthesia. This is performed with a less disruptive technique that allows for cutting only the transverse carpal ligament and not the surrounding tissues.

When combined with ultrasound visualization, the procedure requires only a small wrist incision. Consequently, the surgery results in a much smaller scar, and patients are able to recover over a much faster timeframe. Patients can typically return to normal activities in 3-6 days.

The differences in the typical scars can be seen below. These are all from successful, uncomplicated procedures. 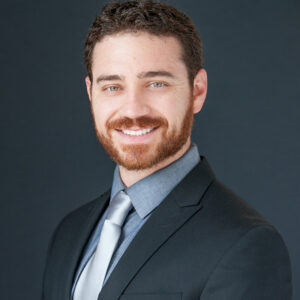 Recovery in days, not months

Recovery in days, not months